Aqui vai a resposta. Lamento que em inglês, mas prometo traduzir logo que tenha tempo. Com esta resposta, respondo à tal minha pergunta: eu também sou grego.
While there is some truth in some of those statements, at the same time there is huge misinformation that borders mythology! Claims such as "A hospital in Athens employs 45 gardeners to care four palm trees. Hairdressers are considered professionals in risk and have a special retirement scheme, full pension at 40 year old" are utter lies. What is missing in commentary of this type, apart from truth and accuracy, is also some context.
Greece has been a country with a savage taxing system even prior to the troika occupying the country. Greece has been governed and pillaged for the last 30 by the same few families and by the same corrupt political system that targets the small businesses and workers, while lets the big capital get away with the real tax evasion. It is these vulnerable, every day working people who are trying to defend themselves from a state that constantly fails them for decades, that constitute this 25% that you mention in your comment.
In the early eighties and with a thirst for real political reform in Greece, people "bought" into the promises of the then first "socialist" prime minister of Greece, Andreas Papandreou (the father of the current prime minister George Papandreou), that he would indeed bring the desired political changes. Along these promises he also promised increased income for certain sectors in return for his election as a prime minister. That was the beginning of the end of the Greek sovereignty, as the state kept borrowing money to pay these promised increases (in return of votes by the voters), which led into the massive debt that Greece run into with all the current consequences.  This practice promoted a culture of nepotism and opportunism in a vicious circle with the state failing the majority of the working people, and the people trying to get as much from a state that fails them. This is the context that is needed to keep in mind when one makes statements about tax evasion by working people in Greece. In addition, I spend often considerable time in the UK. I have also seen similar attempts for tax evasion by the working people and abuse of the system in these countries too, as I have seen in Greece.
During the past few months and with the momentous and historical events, even by European standards,  currently  unfolding in Greece there has been a campaign of anti-Hellenic propaganda at all levels of information, from the main stream media to the blogs. In Portugal, very disappointingly given that we are on the same boat on this, statements like those above are made, and in Germany or the Netherlands or the UK, people ask why their taxpayers should bail out Greece. Well, these are more lies and misinformation fed to the people of these co-European nations: the European tax payers DO NOT bail out Greece, when Greece and the rest of the PIIGS members are the ones keeping ALDI, LIDL, BMW, OPEL and so on in businesses, and in the case of Greece, the European military industries in prosperity. The fellow European citizens should know that for a single euro that is lent to Greece they are earning more in interest returns,  so effectively they are getting richer on the backs of the Greek people. So enough with the lies! It is the Greeks that they should be outraged with the behaviour of our fellow core Europeans, NOT the other way around!!
Instead of buying onto and being brainwashed by the the rampant  misinformation campaign by their media, the people of Europe should show some solidarity to this small peripheral nation that (1) provided the values and seed for what we now call Western Civilization, (2) changed the fate of Europe and its history from the battles of Thermopylae, Salamis and Marathon against the Persians to the battle of Crete against the Nazis, and (3)  if it falls it will take others with it.
JVC: Claro que nada disto faz sentido, porque Portugal não é a Grécia, assim como a Espanha não é Portugal!...
Nota - Não está esquecido o "A maioria tem razão? (III)", sobre as alternativas. Esperem uns dias, façam favor.
Publicada por jvcosta às 19:04 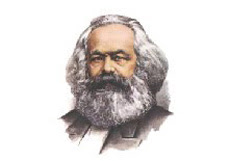 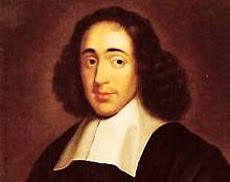 "It's the economy, stupid!"